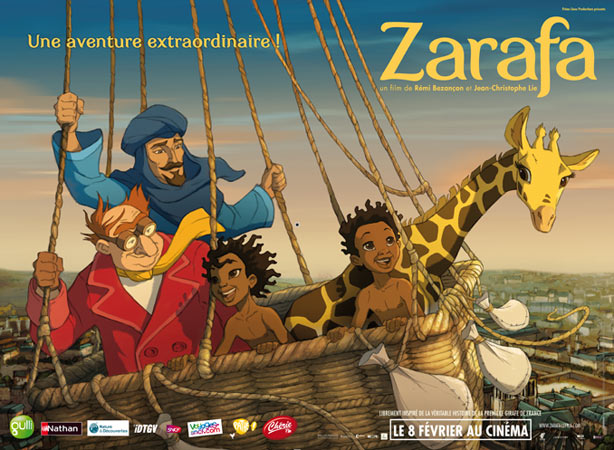 Year 4 Trip to the French Institute

On Thursday 25th February, Year 4 went to the French Institute in London. We left New Malden in the morning and headed to Kensington. First, we went to the Quentin Blake library. Quentin Blake is most famous for illustrating books written by Roald Dahl and produced a beautiful mural decoration that is displayed there. We listened to a story called “Pourquoi les girafes ont un long cou?” and learned some new words. With these words, our pupils produced some wonderful frenglish stories!

In the afternoon, we watched a lovely film at the Ciné Lumière called Zarafa. The plot of the film has a grandfather telling his grand-kids the story of Maki, a young boy who escapes from slave traders, befriends a giraffe (the title character), cross the desert, meet a pirate, and a few other things on a trip that takes him from Africa to Paris.

It was a great film and we had a wonderful day!

home / News / Whole School / Year 4 Trip to the French Institute
Inspiring Children
To Achieve Their
Personal Best
We use cookies on our website to give you the most relevant experience by remembering your preferences and repeat visits. By clicking “ACCEPT ALL”, you consent to the use of ALL the cookies. However, you may visit "Cookie Settings" to provide a controlled consent.
Cookie SettingsREJECT ALLACCEPT ALL
Manage consent