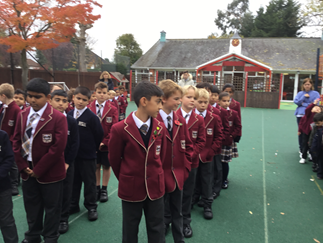 On Friday 9th November The Study School fell silent at 11 am to remember the millions of men and women who died or were injured fighting for peace throughout the world. In particular, we reflected on the 100 year anniversary since the guns fell silent at the end of the First World War. The children, from Nursery to Year Five, were exemplary in their behaviour and we were very proud of their conduct, remaining completely silent throughout.

Our Year Six children travelled to St George’s Cathedral in London to join a remembrance event. 1000 young people from London’s schools and other youth provisions gathered for the centenary of the end of WW1. During this event, they remembered those who lost their lives both in the context of war across the globe, and also the loss of life due to conflict and violence at a local level. The event sought to inspire everyone to seek an alternative to conflict, to celebrate everyone’s value and potential and to be energised to become peacemakers within our communities.

They will grow not old, as we who are left grow old.

Age will not weary them, nor the years condemn

At the going down of the sun, and in the morning,  We will remember them. 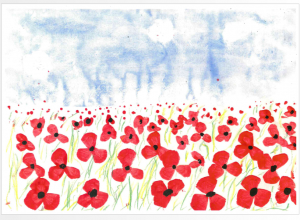 Field of Poppies by Austin

home / News / Whole School / Remembrance 2018
Inspiring Children
To Achieve Their
Personal Best
We use cookies on our website to give you the most relevant experience by remembering your preferences and repeat visits. By clicking “ACCEPT ALL”, you consent to the use of ALL the cookies. However, you may visit "Cookie Settings" to provide a controlled consent.
Cookie SettingsREJECT ALLACCEPT ALL
Manage consent