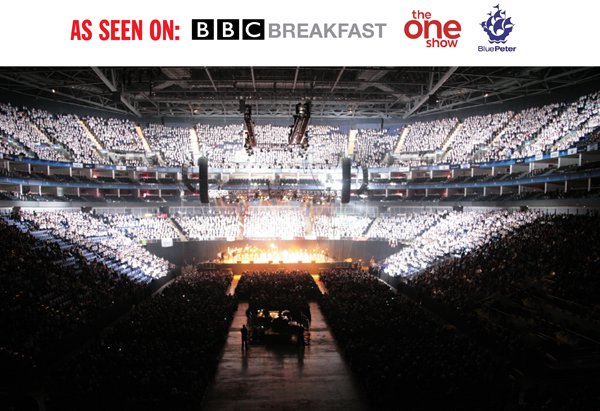 Years 4-6 sing at the O2 with Young Voices

“Absolutely Amazing”    “Worth Every Penny”

“My arms are still tingling

when I think about it”

Some of the comments from the parents who attended the above performance at the O2 Arena last week.

Here’s what the children had to say:

On the 29th of January, year 4 to 6 went on a trip to the O2 in London. The giant arena is home to the biggest choir in the world; 7448 children took part!

We began our day taking the train to waterloo and then catching the tube to North Greenwich. We ate our lunch, tingling with excitement.

Then, it was finally time to step into the arena. It was enormous! Even year 6 who had been there 2 years ago were blown away. We had a three hour long rehearsal but it was so much fun! We sang our hearts out and wondered if we had any energy for the real performance.

But we definitely did! We began with transport of delight, doing all the moves. There were incredible artists such as Laura Wright who sang Invincible and World in Union. There was Tom Billington who sang Video Killed the Radio Star and Hyper. We loved the music and we were bursting with energy. It had been one of the best nights ever!

home / News / Year 4 / Years 4-6 sing at the O2 with Young Voices
Inspiring Children
To Achieve Their
Personal Best
We use cookies on our website to give you the most relevant experience by remembering your preferences and repeat visits. By clicking “ACCEPT ALL”, you consent to the use of ALL the cookies. However, you may visit "Cookie Settings" to provide a controlled consent.
Cookie SettingsREJECT ALLACCEPT ALL
Manage consent

Due to Covid restrictions we have created an Interactive Tour for you to explore.